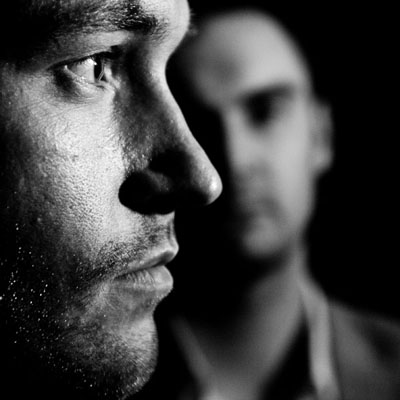 Chris and Phil had worked in bands together since they were fourteen, but the summer of 2001 brought about a jam session that turned into a recording session, and by that winter it had become quite something.

Claypath’s debut album For the Love of Nancy was finalised at Northern Recording in 2002, and was followed by a promotional tour of the North East, with multiple radio appearances.

2004 saw Claypath establish themselves as resident musicians at The Living Room and Opera Piano Bar, performing varied sets of acoustic music every weekend. Claypath’s cover sets became very popular for wedding celebrations and various other events, where acoustic versions of modern classics add ambiance and a tasteful alternative to recorded music. Claypath are now regarded by many as one of the most successful duos in the North East. With heralded performances at an exciting new venue, The Botanist, Claypath continue to perform to the highest level.

The recording of Healing commenced four years after Claypath’s debut album and captured a more acoustic sound. Received well by critics, Healing has sold worldwide and enjoyed airplay throughout Europe.

Claypath’s third studio album Three was released in the summer of 2010. Engineered and co-produced by Math Hughes, the album also featured Math Hughes on kit, as well as Ian (Dodge) Paterson on electric and upright bass. Three is Claypath’s biggest selling
album to date, and has been very successful as a digital download.

A return to the studio in 2014 – over ten years since the release of  ‘Nancy’, resulted in the release of Antidotes and Anecdotes.
With more residency gigs booked than ever, and a high demand for weddings, parties and
corporate events, Claypath shows no signs of slowing down. If anything, they are just
getting warmed up!

Playing live for all the Geordies at @thebotanistuk from 9pm tonight. Thanks to @GenreMusicLtd pic.twitter.com/copM…

Straight back on it. First gig of 2020 tonight at The Botanist Newcastle. pic.twitter.com/7jyn…

Have a great Christmas folks. We are at The Botanist Newcastle tonight then off until New Year’s Eve. Have a good one. pic.twitter.com/ilhT…

Woody or Arthur Morgan? Either way he will be playing his geetar tonight at @thebotanistuk Newcastle. Thanks to @GenreMusicLtd pic.twitter.com/q8Rm…